The first prototype of the Building Block furniture system is finally complete. The goal is to ...

In January 2017 I started working as a Digital Fabrication Technician at the Southern ...

I have come up with a new CAM heavy product line to offer at Spade Studio. Featuring the Saddle ...

Thank you for visiting my design/production portfolio. My name is Dash Krehel and i am Currently available to help with your; Product, Furniture, CAD/CAM, Presentation, Prop, Set and Packaging, design needs. Please look around for work references, click here to view my resume, or contact me at dashkrehel@gmail.com with any questions you may have. 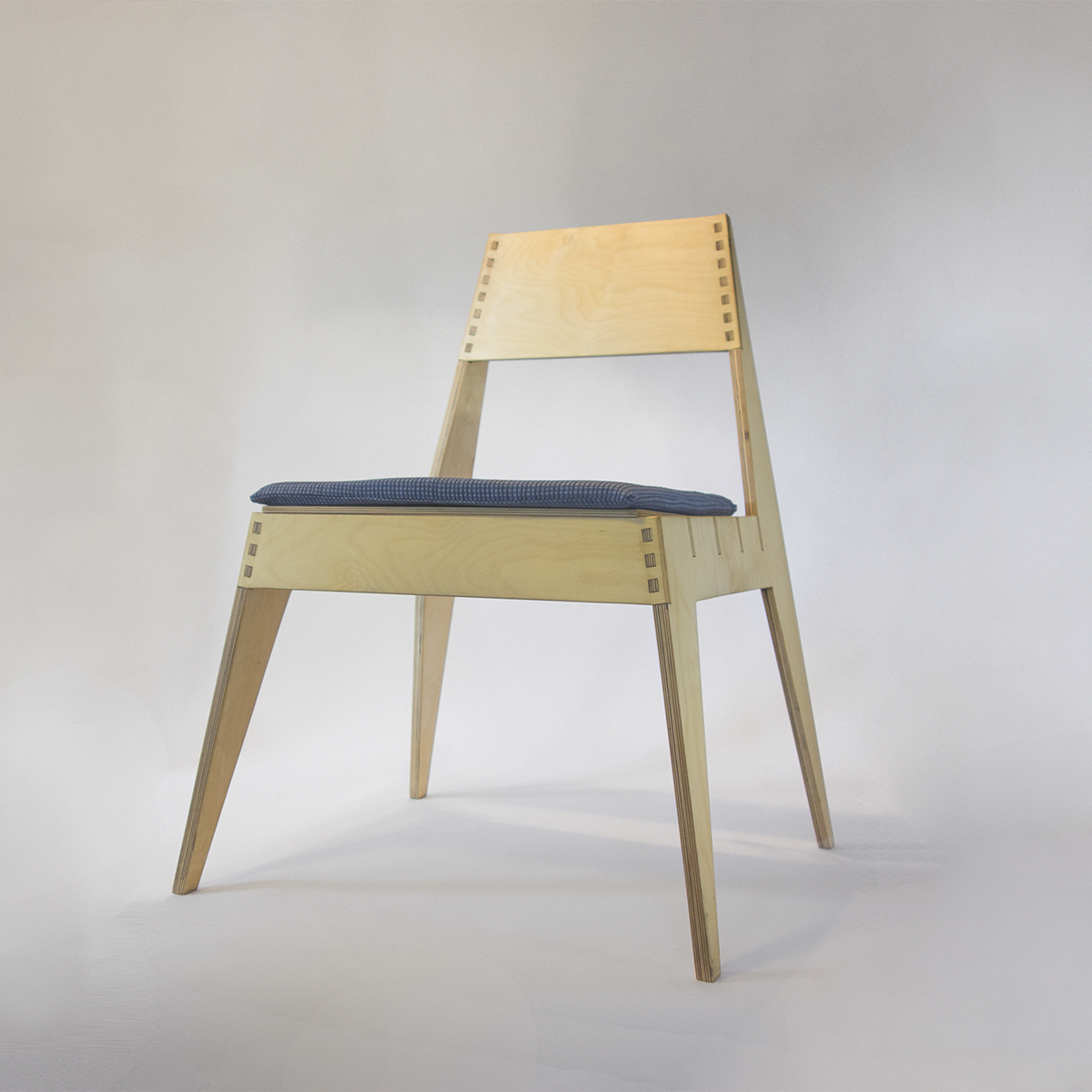 Most carpenters have worked with a saw horse before. Saw horses are a great way to make a sturdy work surface, and pack away quickly when they are no longer needed. The durability and stack-ability of my saw horses became the inspiration for the Saddle Chairs. In tribute to their inspiration the Saddle chair attempts to mimic the angles and proportions of a saw horse.

The Saddle Chair holds a special spot in my heart because it was the first time i designed a CAM production line from start to finish. Starting with miniatures, I created multiple iterations to find the angles and proportions that worked best for stacking. At full scale I created 3 prototypes to test for comfort and human factors. Finally deciding on a production model.

Laser cut from Birch Ply. The chairs can be shipped; assembled, as a DIY kit, or even by email to be cut and assembled locally. I was lucky to have my friends at the california workshop introduce me to laser cutting techniques and machines.

More about the Saddle Chairs here 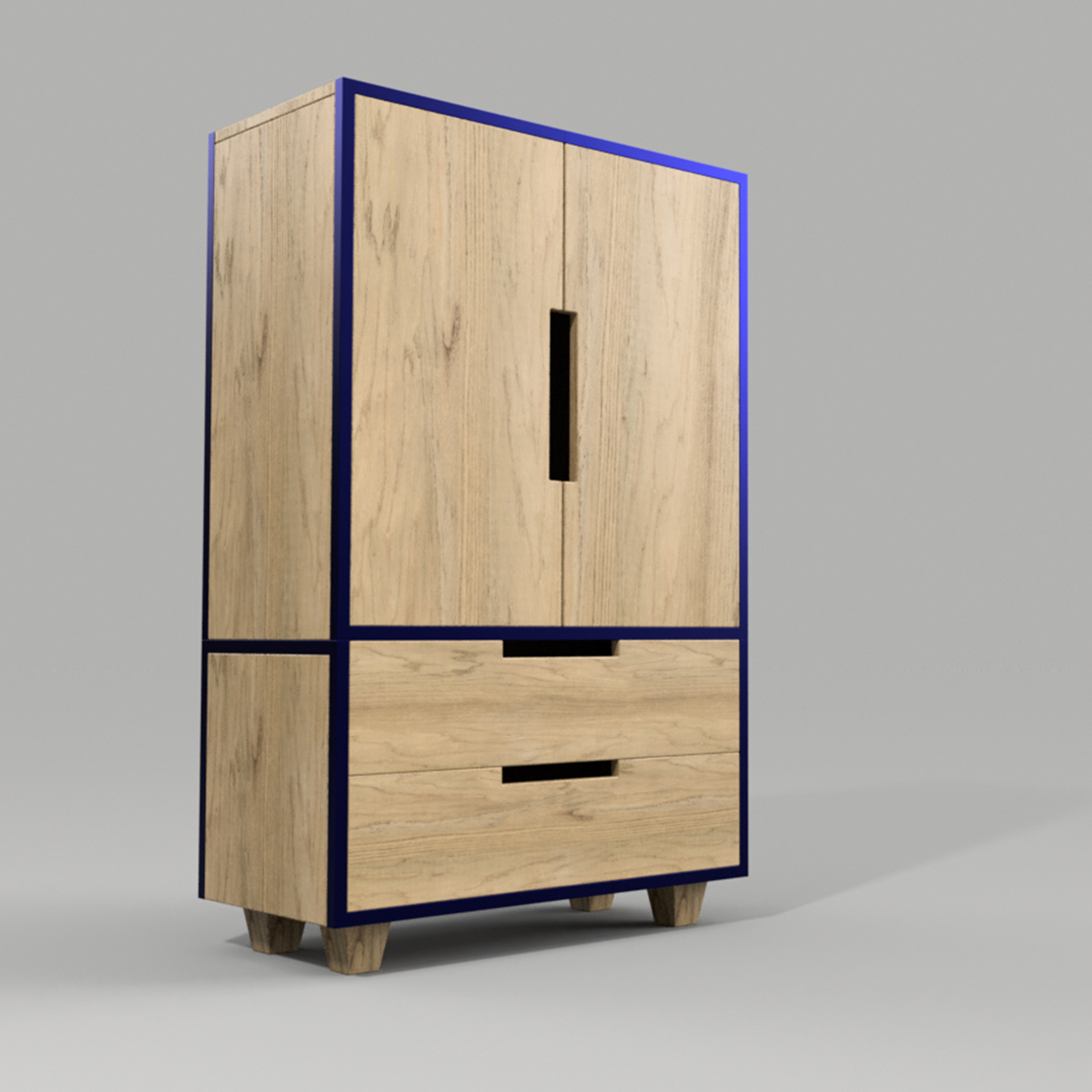 Currently in prototype, the Building Block system aims to be the Lego of furniture. At the heart of the system is a set of tube steal blocks. The blocks can be mounted with a variety of wood inserts, and arranged in groups to fill just about any function.

Individual consumers can use the kits to fulfill home furnishing needs. While retail and hospitality spaces can use the cubes to achieve a broader color and design ascetic. The blocks can even be used as room dividers and architectural elements.

The blocks of the Building Block system are stripped down to their bare essentials. Many nights were spent deciding between the parts of the cube are essential for structure, and the parts that could be eliminate for better versatility, packing, and material consumption. The hopes is to make a system that is so simple it is timeless. 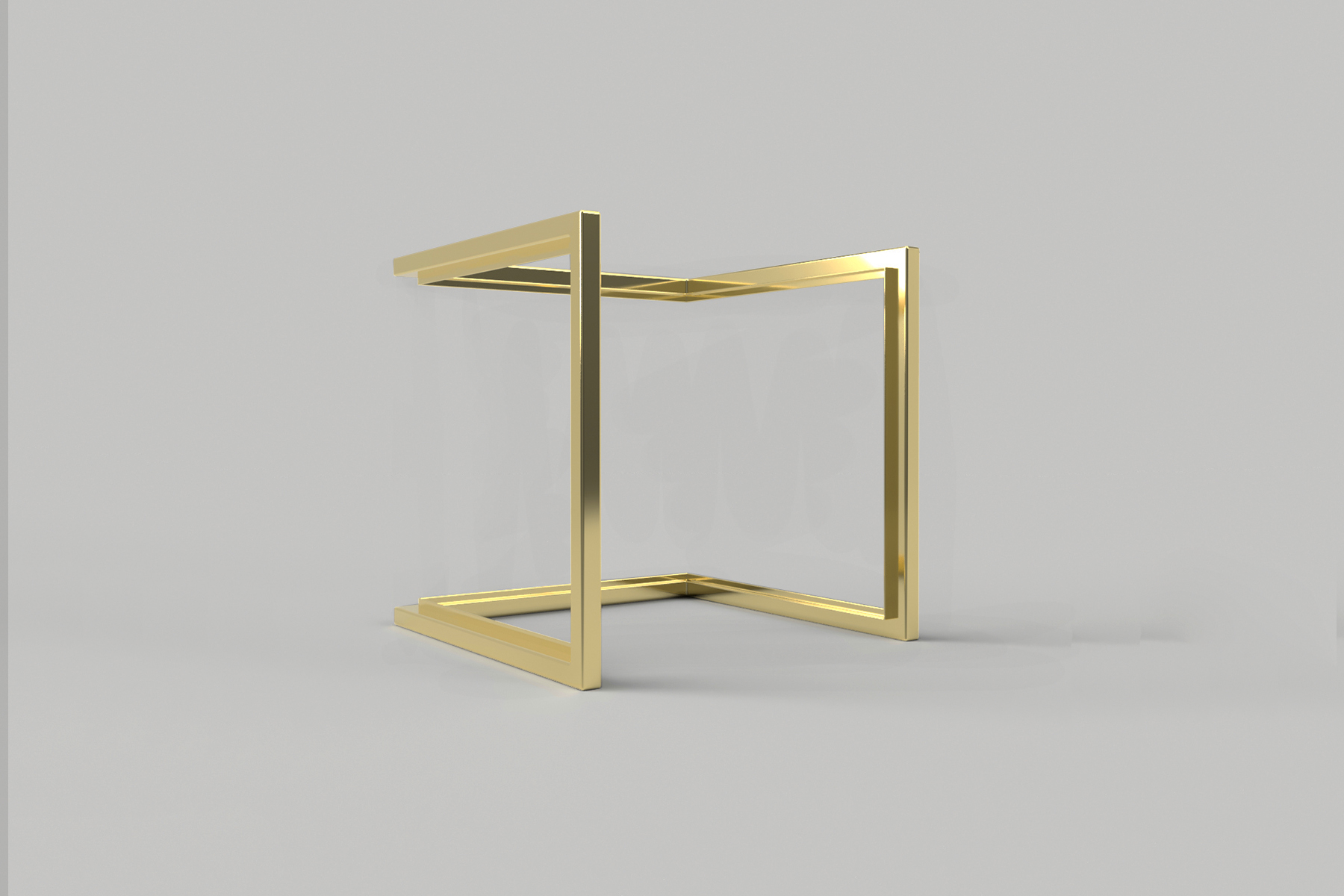 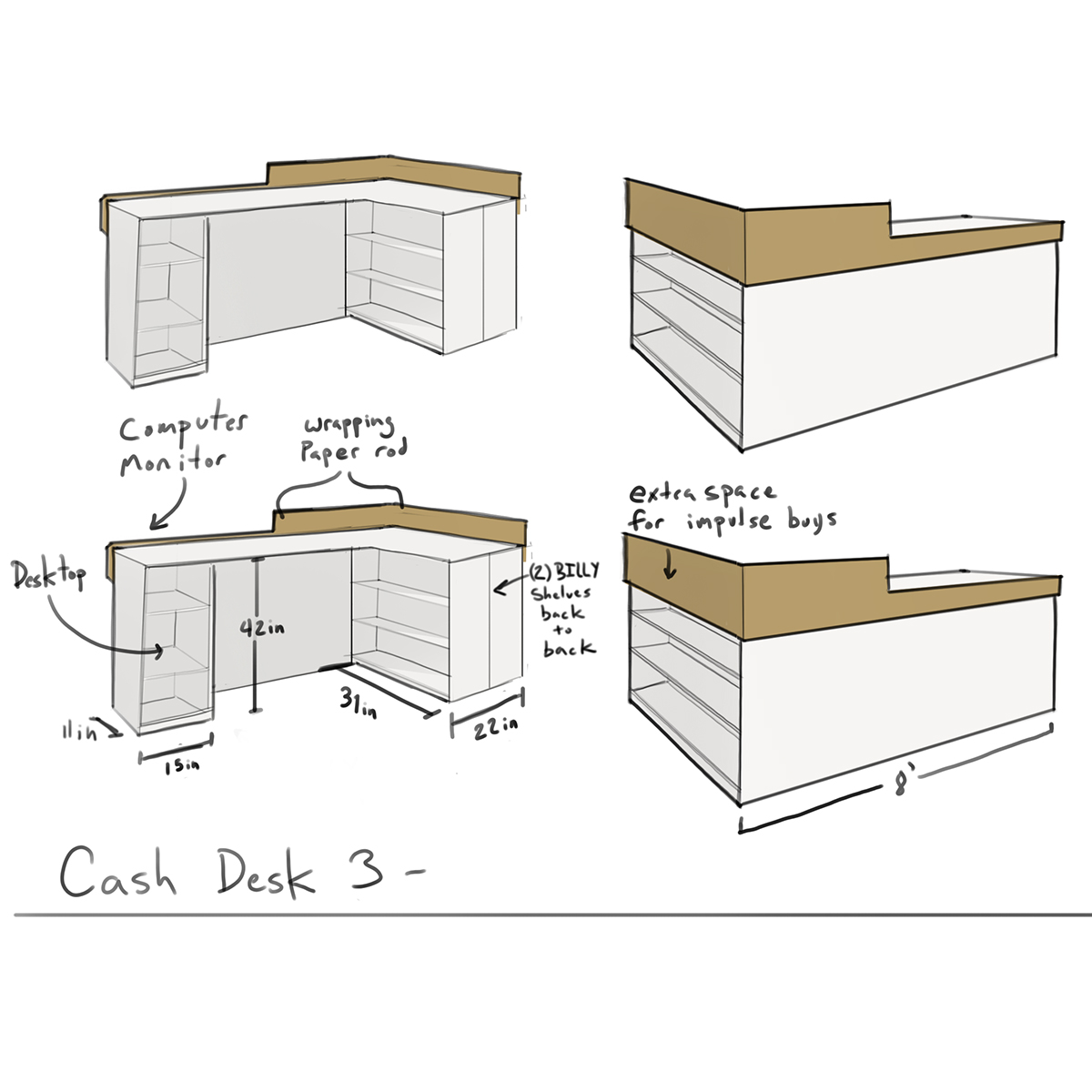 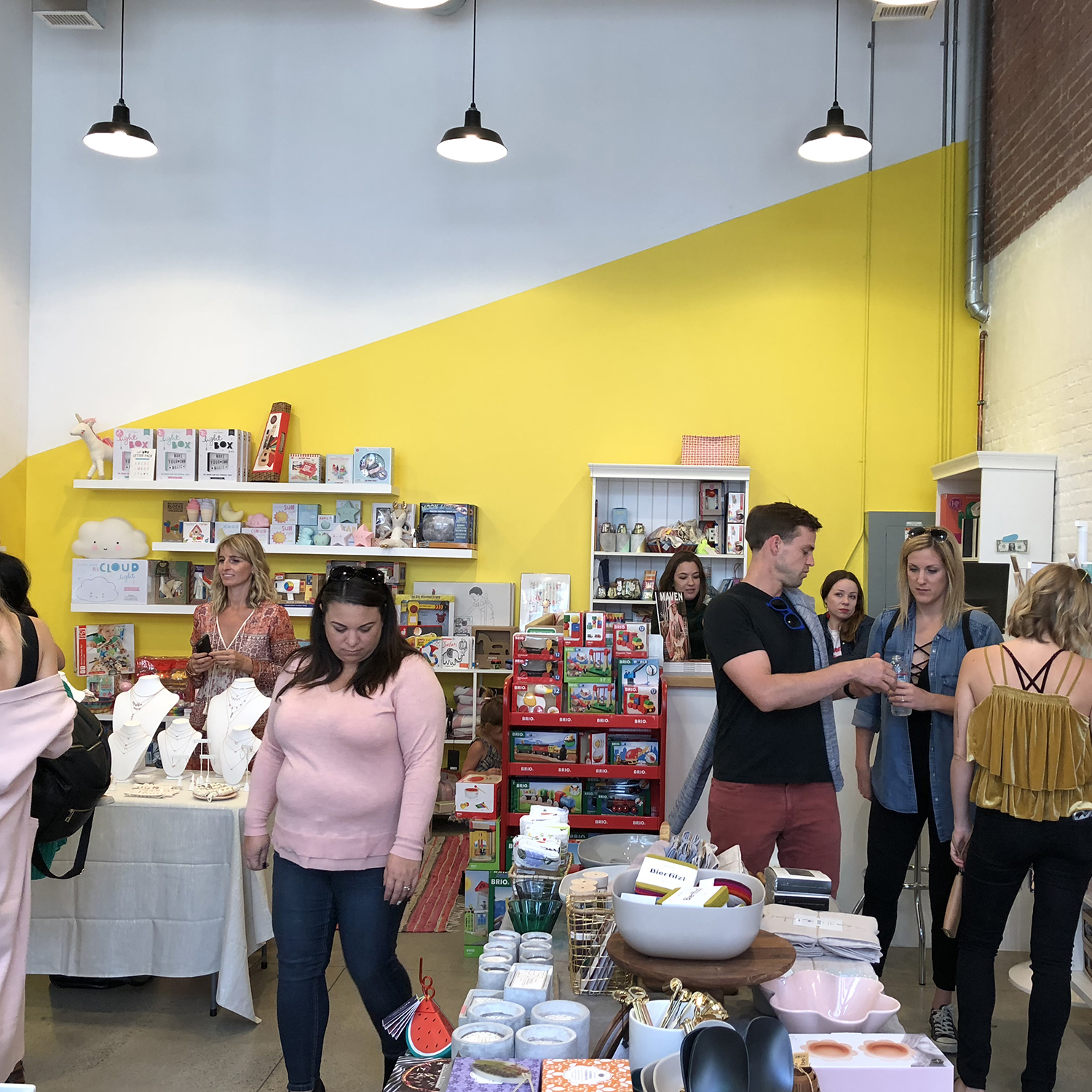 Originally I started working with the people at Yolk as a retail opportunity for Spade Studio. Their flagship location is in the Silver Lake neighborhood of LA. They quickly became my most productive retail partnerships and I got to know CY, the owner, personally. Eventually CY approached me about designing and building-out A new Yolk location she was opening in Laguna Beach.

CY was in charge of all of the final decisions, but it was my responsibility to create the budget, source material, create floor plans, and present our final design to the city council code enforcement office. After everything was approved by CY and city council I hired an assistant and took care of everything form parts procurement, to construction and installation. At that point it was the largest project I had been in charge of, both in size and budget.

After about a year CY elected to move out of the Laguna Beach location due to inconsistent foot traffic, and a reliance on a tourist economy. She decided to try her luck in the much hipper arts district just east of downtown LA. CY again contacted me to handle the design and build-out of the new space. It was a shame to hear that her location in Laguan Beach was not as successful as she was hoping, but I was pleased that she was happy enough with my work to enlist my help a second time.